After the global pandemic prevented in person get-togethers and made travel difficult for the last few years, it is perhaps no surprise that events like New York’s Climate Week and the Global Clean Energy Ministerial in Pittsburgh, PA were well attended last week. But what really set things apart this year was the timing: both events occurred in the same week just a few hours apart, and on the heels of truly unprecedented levels of investment in all things clean energy and climate innovation by the U.S. government.

The Chamber is proud to have had a significant presence in both cities highlighting the essential role that business will play to drive the clean energy transition and meeting our ambitious global climate goals. A key theme that emerged throughout the week is that many of the technologies needed to meet those goals do not yet exist at commercial scale making public-private partnerships critical to de-risking investments to implement bankable mitigation and adaptation projects.

For Climate Week in New York City, which takes place on the sidelines of the United Nations General Assembly Meeting, we pulled together an all-star lineup of top government and business leaders, led by Egyptian Foreign Minister Sameh Shoukry, President-Designate of COP27. The Chamber’s Marty Durbin held a fireside chat with Foreign Minister Shoukry which previewed goals for the upcoming COP in Sharm El-Sheikh. Foreign Minister Shoukry highlighted the importance of the private sector in developing and deploying technology and facilitating financial investments across the globe. He announced that more than 70 heads of state have committed to attending COP27, and in response to a question from Durbin about what attendees can look forward to in Sharm beyond the conference, he even put in a plug for Sharm’s noted scuba diving opportunities. 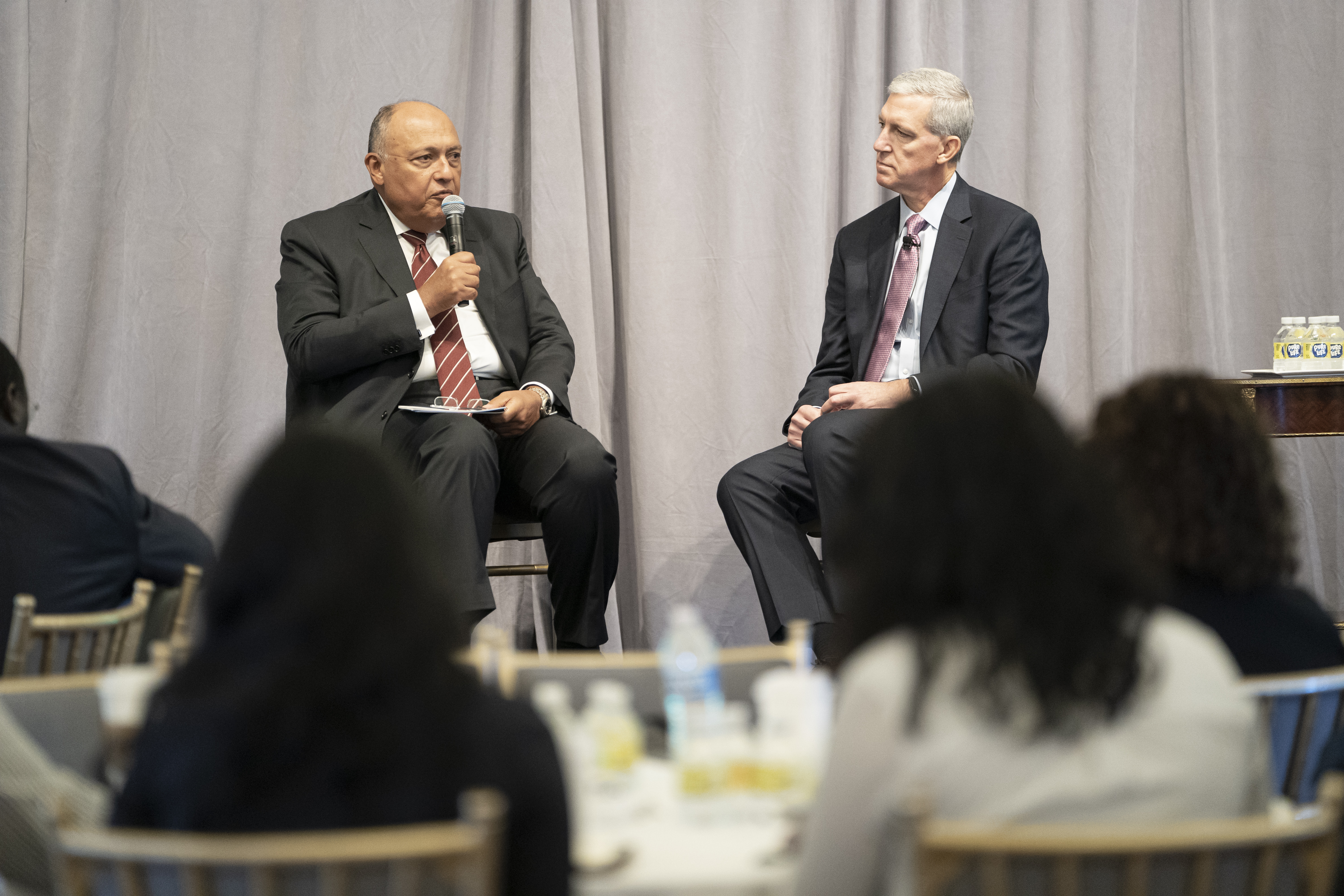 Later in the event, leaders from Chevron, GE and SAP gave insight into the sophisticated approaches their companies are taking to deploy new energy technologies. For instance, while some may associate Chevron only with oil and gas, Chevron New Energies President Jeff Gustavson detailed the steps Chevron is taking to not only decarbonize its own hydrocarbon business, but also serve other companies and the industrial sector with low carbon technology. Meanwhile, data derived from SAP’s systems is allowing energy companies to pinpoint their emissions and develop mitigation strategies, while GE produces components used in a variety of low carbon products. 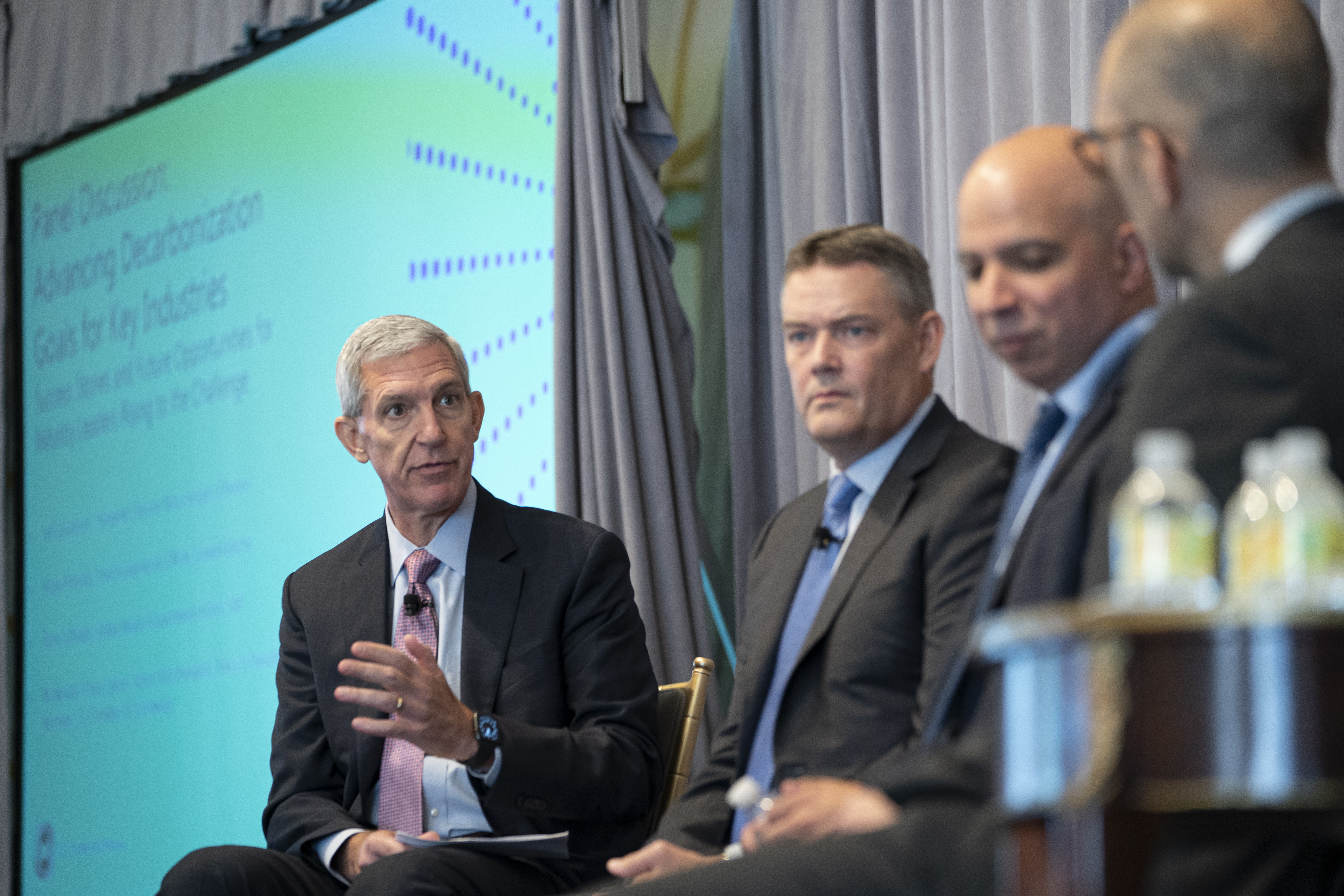 Other highlights of the New York forum were featured remarks from Ambassador David Thorne with the Office of the Special Envoy for Climate at the State Department, a dialogue with the Saudi Arabia’s Minister of Foreign Investment on how his government evaluated climate change and is taking action, a panel with African Foreign Ministers addressing the unique challenges on the continent, and a panel with executives from Honeywell, Chemours and Google on the role of innovation. You can see the event in its entirety here.

After a successful forum in New York, the Chamber team made its way to Pittsburgh, for the Global Clean Energy Action Forum, a joint convening of the 13th Clean Energy Ministerial and the 7th Mission Innovation ministerial hosted by the U.S. Department of Energy. With more than 5,000 registrants from governments (including energy ministers from 31 countries), international organizations, the private sector, academia, and more, it may have been the most impressive gathering ever assembled for this purpose.  The event was part trade show and part symposium, with a diverse group of companies eager to show off their latest innovations and government representatives looking for opportunities to accelerate investment and deployment. 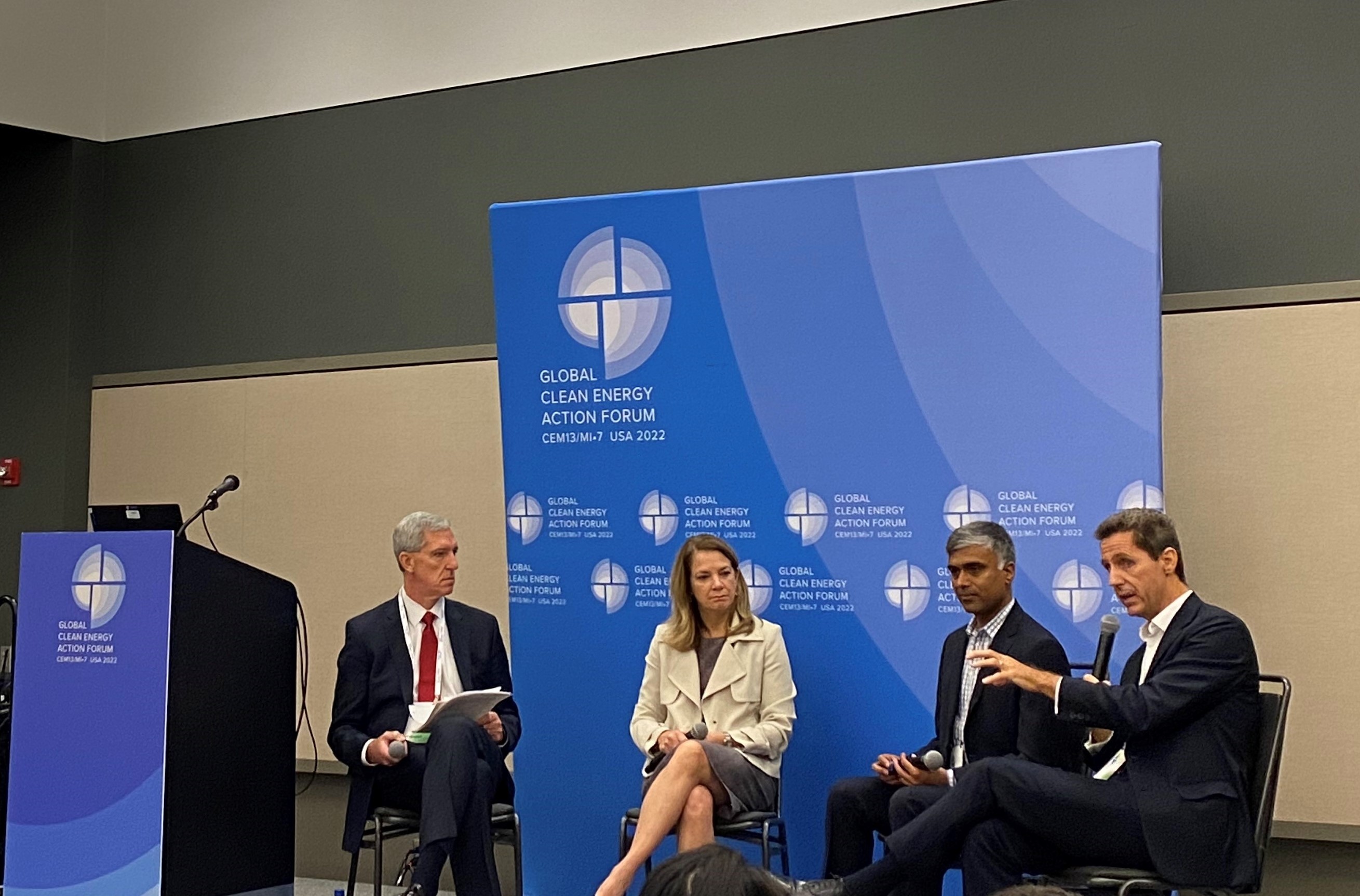 All told, it was a busy and productive week. We saw dozens of our members in both New York and Pittsburgh, a testament to the level of commitment and investment the private sector is making in the clean energy transition. It also served as a great warm-up for COP27, where the Chamber will have its largest-ever delegation in attendance. We look forward to sharing more about our involvement in the coming weeks.