This Independence Day, consumers around the country have more of their paychecks available for summer fun thanks to America’s energy revolution.

Just 10 years ago, Americans weren’t feeling quite so “independent” on Independence Day.   The U.S. was  importing more than two-thirds of its oil, and July 4th, 2008 saw gas prices reach record highs as the national average soared to more than $4.11  per gallon ($4.68 in 2018$). The oil price shock left consumers with less money in their pockets and less gas in their tanks. Just look at what was making headlines during the summer of 2008: 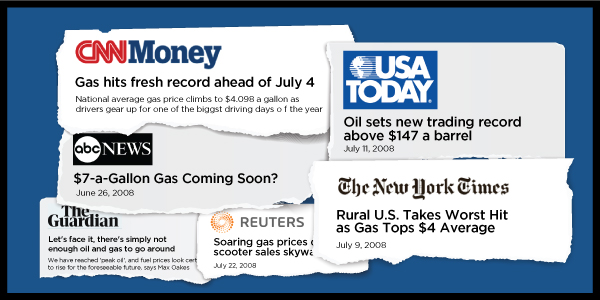 American families were forced to cut back on their spending, which in turn had ripple effects on the economy and tourism industry.  Families that would have normally traveled during the holiday weekend chose to stay at home, and areas around the country dependent on tourism suffered. The energy crisis could not have come at a worse time for the U.S. economy, and directly contributed to the onset of the Great Recession.

Fast forward 10 years. Thanks to the American energy revolution, the energy anguish of 2008 is but a distant memory. Companies are investing in projects here at home and keeping more of our dollars in the communities that need them the most. American innovation has successfully reduced our dependence on foreign oil and paved the way for the United States to become a world leader in oil and natural gas production.

As illustrated in the charts below, imports and domestic production have switched places—as we have doubled oil and gas production here in the U.S., we have dramatically reduced our purchases from abroad. 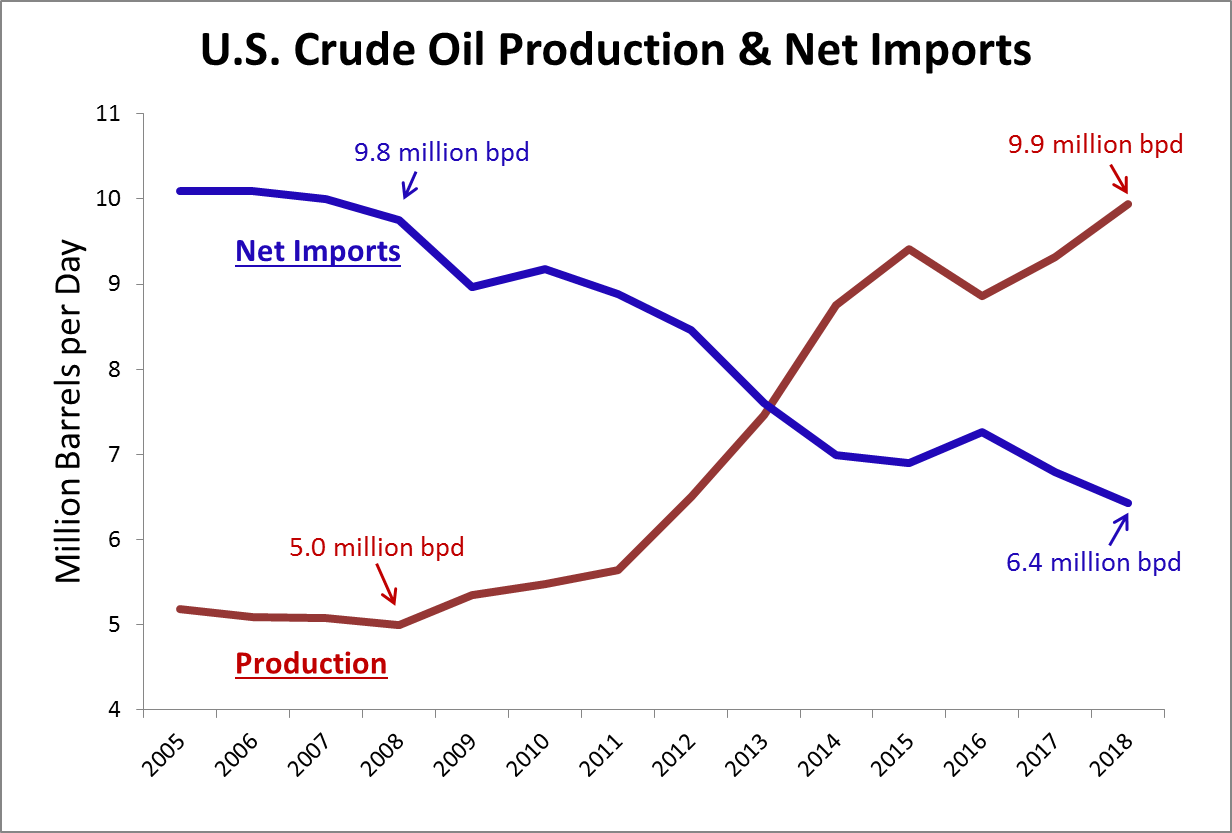 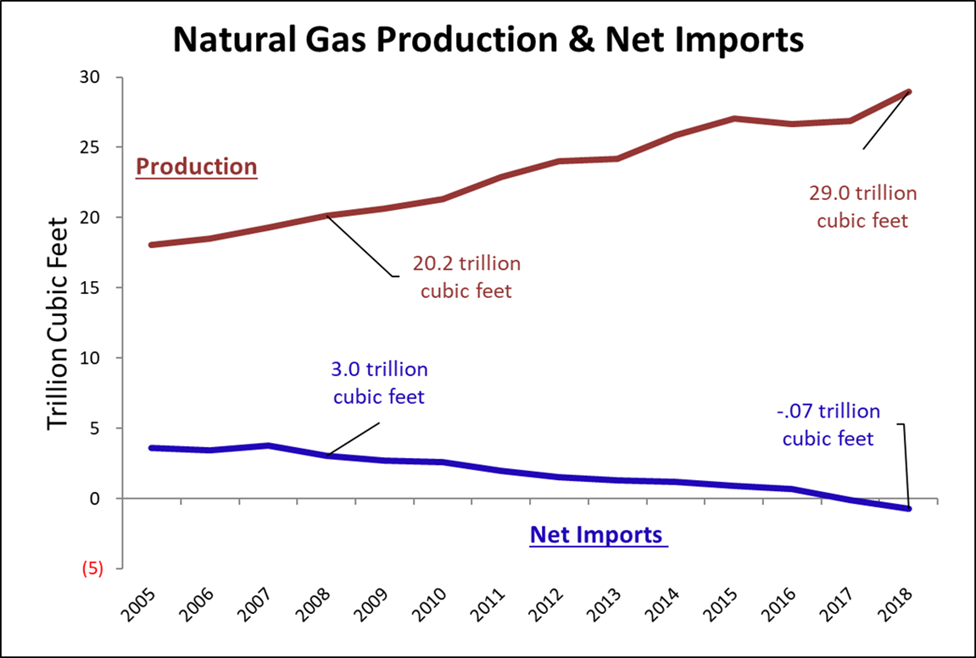 Travelers this summer will reap the benefits of America’s stronger energy industry and see significantly lower prices than they did in 2008. Gas prices are currently $1.93 per gallon less than in 2008 which translates to roughly $32 per fill-up, on average, compared to a decade ago. These savings can add up quickly, affording families more options for the holiday. 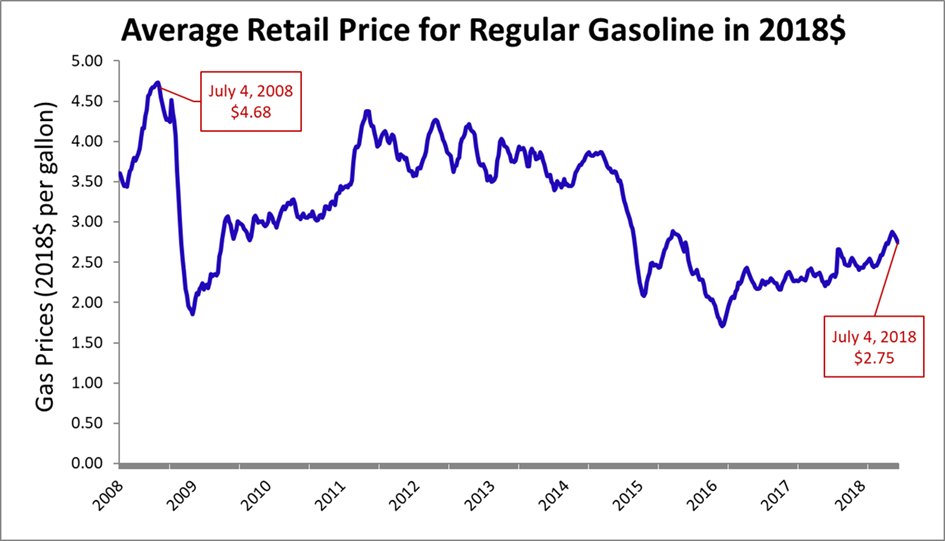 The decline in gas prices is just one small piece of the American energy industry’s revival. We are no longer an importer reliant on the advancements of other countries, and we are no longer helpless victims of the instability that permeates so many energy producing regions around the world.  Now, America has a leg up on countries that once dominated the industry, using its energy edge to become a global energy superpower. According to the Global Energy Institute’s International Energy Security Index, the U.S. has climbed 7 spots to become the second most energy secure nation in the World. The future of American energy now looks stronger than ever before.

In ten years, the American energy sector has developed new technologies that have increased our energy security and allowed U.S. to become safer, stronger, and cleaner. And the best thing is, we’re just getting started. With continued investment into American energy and implementation of pro-growth policies, Americans will be more secure for many Independence Day’s to come.