Before the lifting of the export ban beginning in 2016, exporting crude oil required special dispensation from the Department of Commerce, and virtually all exports went to one country: Canada. (Before 2001, we also exported a considerable amount to the U.S. Virgin Islands, a U.S. territory, with occasionally small forays, usually of limited duration, to other countries.)

That’s changed. Since the ban was lifted as the end of last year, the amount of U.S. crude oil going to countries other than Canada has increased substantially, from about 8% in 2015 to 41% in the first five months of 2016 (see the chart nearby).

We’ve noted here before how the lifting of the export ban would allow America to play a bigger role in world crude oil markets on the supply side, not just the demand side. These new data suggest we’re beginning to do just that. 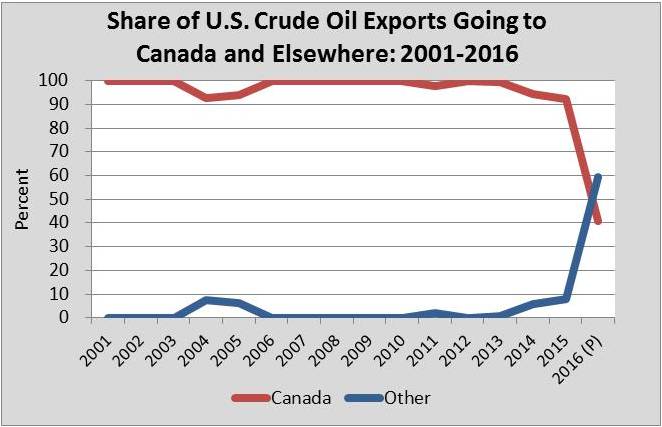