This year’s annual Conference of the Parties (COP-24) to the UN Framework Convention on Climate Change (UNFCCC) was held the first two weeks of December in Katowice, the heart of Poland’s coal country. This is the third time Poland has hosted a COP. I attended the meeting as a representative of the U.S. business community.

Between 20,000 and 25,000 delegates and observers took part in the conference, the main focus of which was finishing the “rulebook” implementing the 2015 Paris Agreement, which enters into force in 2020. For the most part, the delegates were successful, agreeing to 133 pages of dense text, but not before the usual drama, cajoling, hand-wringing, and diplomatic maneuvering.

For those of you who have followed the talks, the issues the delegates struggled with revolved around the same perennial issues: money and the “bifurcation” in responsibilities between developed and developing countries the Paris Agreement was supposed to blur.

Here’s an abbreviated rundown on results of the meeting:

Negotiations about money are always contentious, and they proved to be again at COP-24. On financial reporting, the upshot is this: developed countries will be required (“shall”) to report every two years on the public financial resources they have provided, and how they are “new and additional,” i.e., not just a relabeling of existing aid amounts.. In addition, developed countries are responsible for reporting after 2020 “projected levels of public financial resources to be provided to developing country Parties.” The UNFCCC secretariat is tasked with compiling this information and making it available for the periodic assessments, known as “global stocktake,” starting in 2023 and taking place every five years thereafter.

Developing countries were far more interested in pressing developed countries’ to live up to language in the 2015 Paris Agreement promising increased financial assistance above and beyond the goal of “mobilizing” $100 billion in finance by 2020 that was agreed to in the 2009 Copenhagen meeting. Under the decision in Poland, Parties are to initiate in November 2020 “deliberations on setting a new collective quantified goal a floor of USD 100 billion per year, in the context of meaningful mitigation actions and transparency of implementation and taking into account the needs and priorities of developing countries.” That will be a very difficult negotiation.

Nationally Determined Contributions are the mainstays of the mitigation aspects of the agreement. Parties to the agreement are expected to submit new, more ambitious mitigation pledges beginning in 2020 and every five years thereafter. These revised pledges are supposed to be informed by a series of periodic “global stocktaking” exercises designed to measure progress. (Although the agreement commits Parties to make emission pledges and review and report on their progress in implementing them, it does not require that they actually achieve their pledges.)

The agreement in Poland requires future climate pledges made under the Paris Agreement to employ the Intergovernmental Panel on Climate Change’s (IPCC) latest guidance, which is undergoing revision. These and subsequent pledges are to be posted in a public registry. 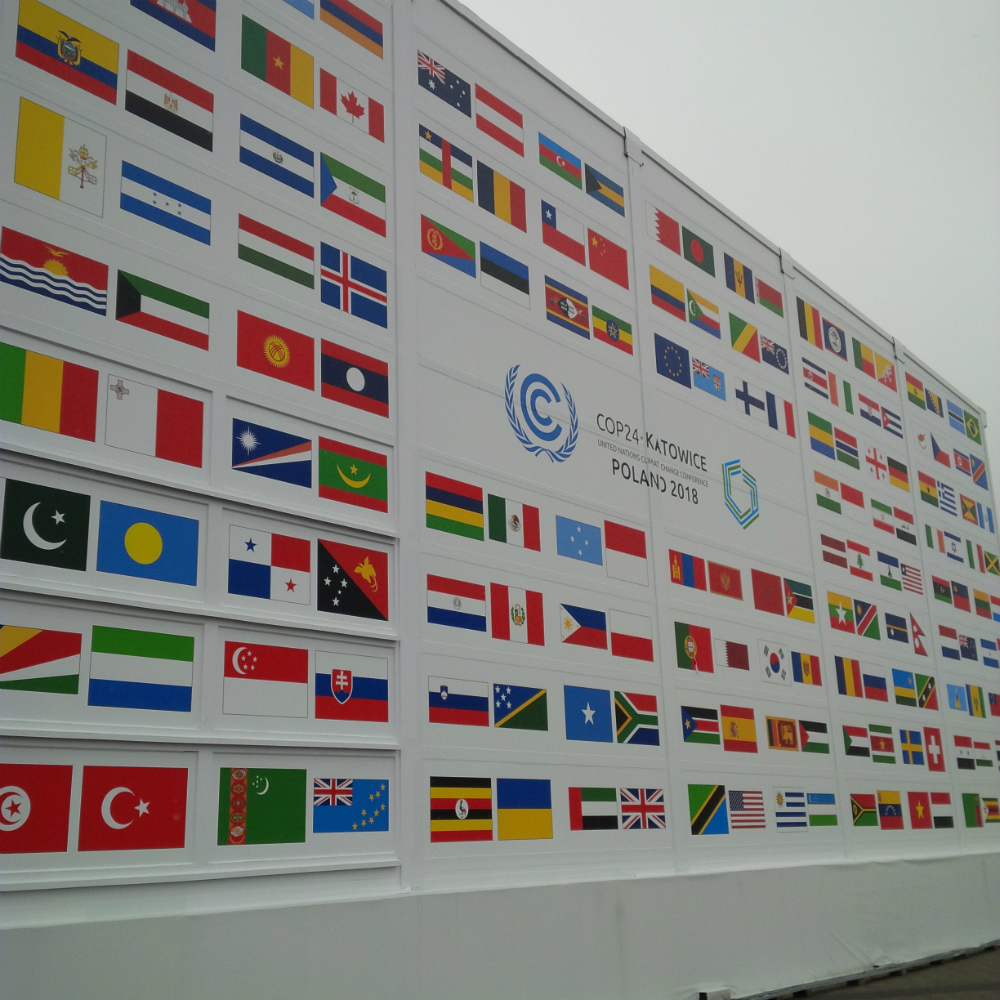 The transparency discussion focused on the details of how countries should report on their progress every two years beginning in 2024. These reports are supposed to include: greenhouse gas emissions inventories; information needed to track progress in implementing and achieving its goals; climate change impacts and adaptation; and financial, technology transfer and capacity-building support either provided (in the case for developed countries) or needed (in the case of developing countries).

Developed countries insisted—and got—a single set of rules instead of a bifurcated two-tier system that would apply one set of rule for developed countries and another for developing countries. In practice, however, the rules will be implemented with some considerable flexibility “those developing country parties that need it in the light of their capacities.” Nevertheless, having one set of rules was a significant step in the right direction. (If the United States withdraws from the Paris Agreement, it would still submit the greenhouse gas inventory and other reports required of Parties to the UNFCCC.)

Perhaps the most disappointing aspect of COP-24 for many was the failure to agree on rules for the use of “mechanisms” that could employ “internationally transferred mitigation outcomes,” what the rest of us would call carbon markets. (“Mechanisms” is the UNFCCC’s euphemism for “markets,” a term many Parties in the process simply cannot bring themselves to accept.)

There were many countries that had concerns about this, especially Brazil, which refused to agree to any of the proposals being offered. Brazil’s objections have a lot to do with its concerns about the sovereignty of its forests. So this discussion will continue another day.

The rulebook established guidelines for the global stocktake pledge-and-review cycle, an opportunity for countries to report on their progress in meeting their goals. The first is scheduled for 2023. The stocktake is to unfold in three stages: (1) information collection; (2) technical assessment, and (3) consideration of outputs. Of significance is the inclusion, at the insistence of small island countries especially, of “loss and damages” in developing countries attributed to climate change among the issues that may be assessed in the stocktake. This is potentially a large can of worms.

There was a concerted effort to have the COP decision “welcome” the IPCC special report on 1.5°C, issued in October. Kuwait, Russia, Saudi Arabia, and the United States did not agree and want to “note” the report. The final text restored the word “welcome,” but that welcome was for the “timely completion” of the report, not the report itself.

The focus of the Talanoa Dialogue was on increasing the ambition of countries before 2020 to meet the 2.0°C to 1.5°C aspirational goal in the Paris Agreement. Many saw the Dialogue as a way to increase momentum to increase pre-2020 ambition. The text in the COP decision, however, was much more restrained, merely calling on Parties to “consider the outcome, inputs and outputs of the Talanoa Dialogue in preparing their nationally determined contributions and in their efforts to enhance pre-2020 implementation and ambition.”

Where Do We Go from Here?

To Chile, where next year’s COP is to take place (after Brazil’s new president rescinded his country’s bid to host the 2019 meeting). While a lot of progress was made in Poland, the general view is that there is still a lot of work to be done. We’ll continue to monitor the talks and bring you the latest updates as they occur.