Natural gas plays an important role in Utah, delivering low-cost, reliable heat and electricity to homes. With federal land accounting for nearly two-thirds of the state, energy production on federal lands is vital for Utah’s economy and tax revenue. 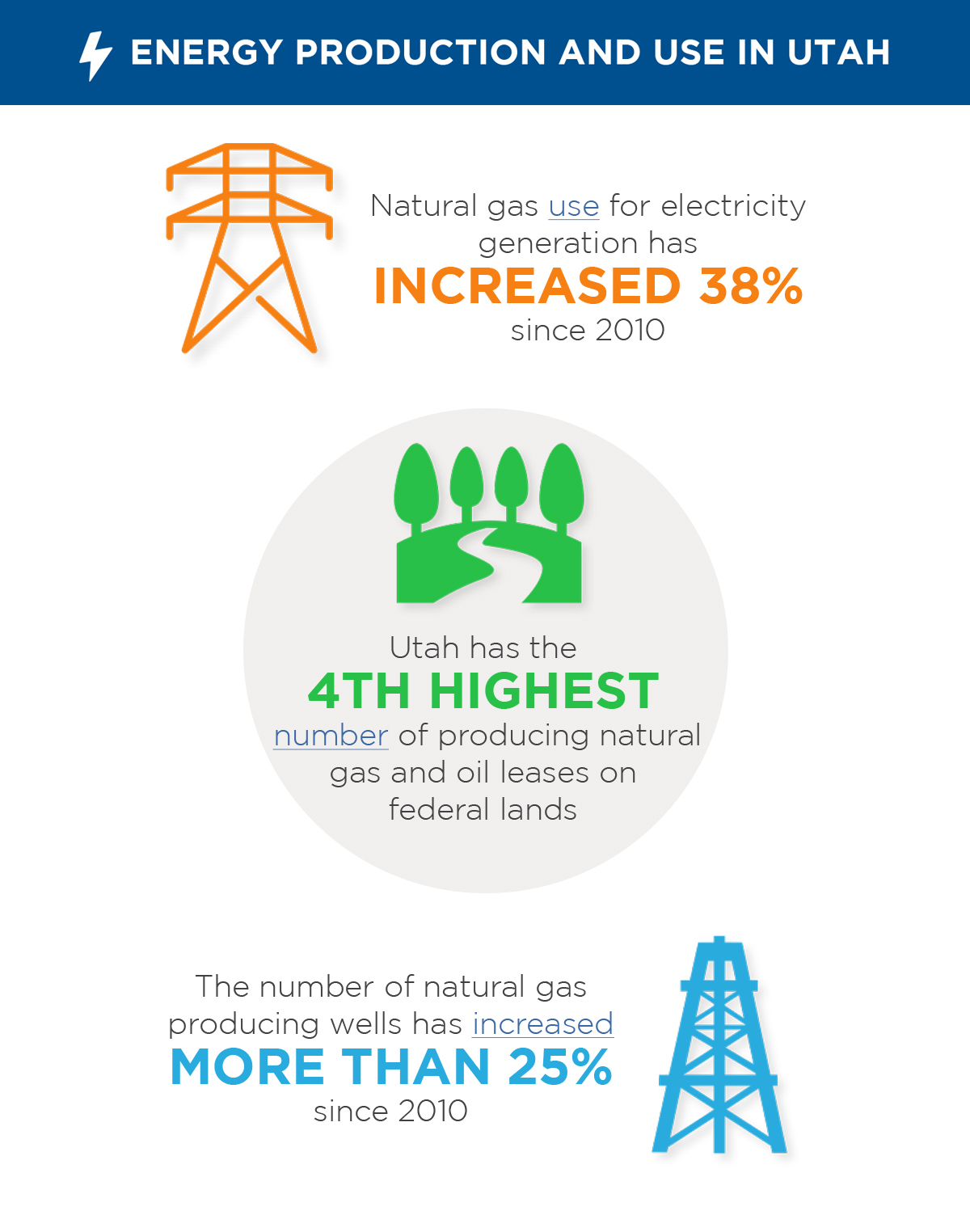 More than 8 in 10 homes use natural gas for heating. Revenue from energy production on state lands is the largest source of income for Utah’s public school  trust fund. Emissions from natural gas use in the state’s power sector declined by more than 16% between 2010 – 2017. Utah has received over $200 million in conservation funding from oil and natural gas development since 1965.

Approximately 63% of Utah is federal land, the second-highest share in the country. With so much of the state’s energy production occurring on federal lands, a federal leasing ban would be devastating to Utah’s economy: