Alabama’s strong manufacturing sector is saving money and seeing environmental benefits thanks to the use of reliable, affordable natural gas. 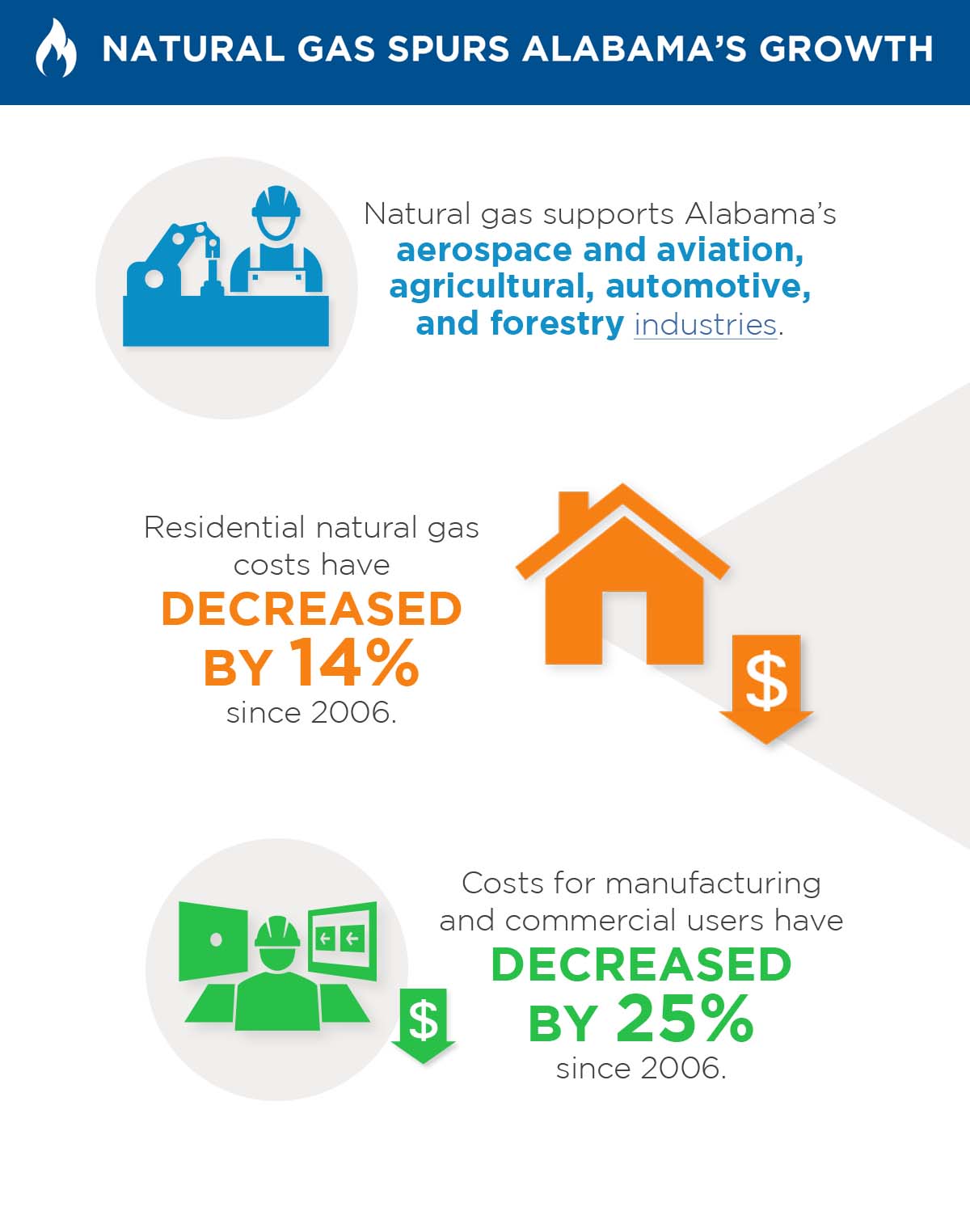 40% of Alabama electricity is generated with natural gas. Energy-related CO2 emissions decreased by 22% from 2005-2018 as natural gas became the largest power generation source. From 1996 to 2018, carbon dioxide emissions from Alabama’s industrial sector decreased by 30%.

A ban on Alabama’s federal oil and gas leasing would have potentially devastating impacts on the state.