Step up to the podium. Last week, the Department of Energy announced that the United States once again led the world in oil and natural gas production in 2020, building on a trend that began in 2014 thanks to hydraulic fracturing and the shale revolution.

In fact, since first overtaking Russia in 2014, America’s lead has steadily grown. Despite a modest decline last year, total U.S. oil and gas production is now only slightly behind the 2nd and 3rd place producers (Russia and Saudi Arabia) combined.

Benefits galore. The benefits that come with leading the world in energy production are myriad. High-paying jobs in the energy sector, more money in consumer’s pockets thanks to lower prices, an improved balance of trade thanks to record-high energy exports, and world-leading reductions in carbon dioxide emissions. And you can’t put a price on the value of our newfound energy independence when it comes to geopolitics and national security.

Digging deeper. As the sector that powers all others, it is difficult to overstate the importance of energy abundance to the broader economy.

Just ten years ago, government forecasts projected natural gas prices in 2021 of more than $6 per million British Thermal Units (MMBTUs, inflation-adjusted to current dollars). Today, even with a short-term spike in demand resulting from factors such as weather and the post-pandemic economic recovery, prices sit at just over $3 per MMBTU. With each one-dollar reduction in price translating to a $31.5 billion savings in U.S. consumer expenditures, the shale revolution is effectively providing Americans an “energy tax cut” to the tune of hundreds of billions of dollars. 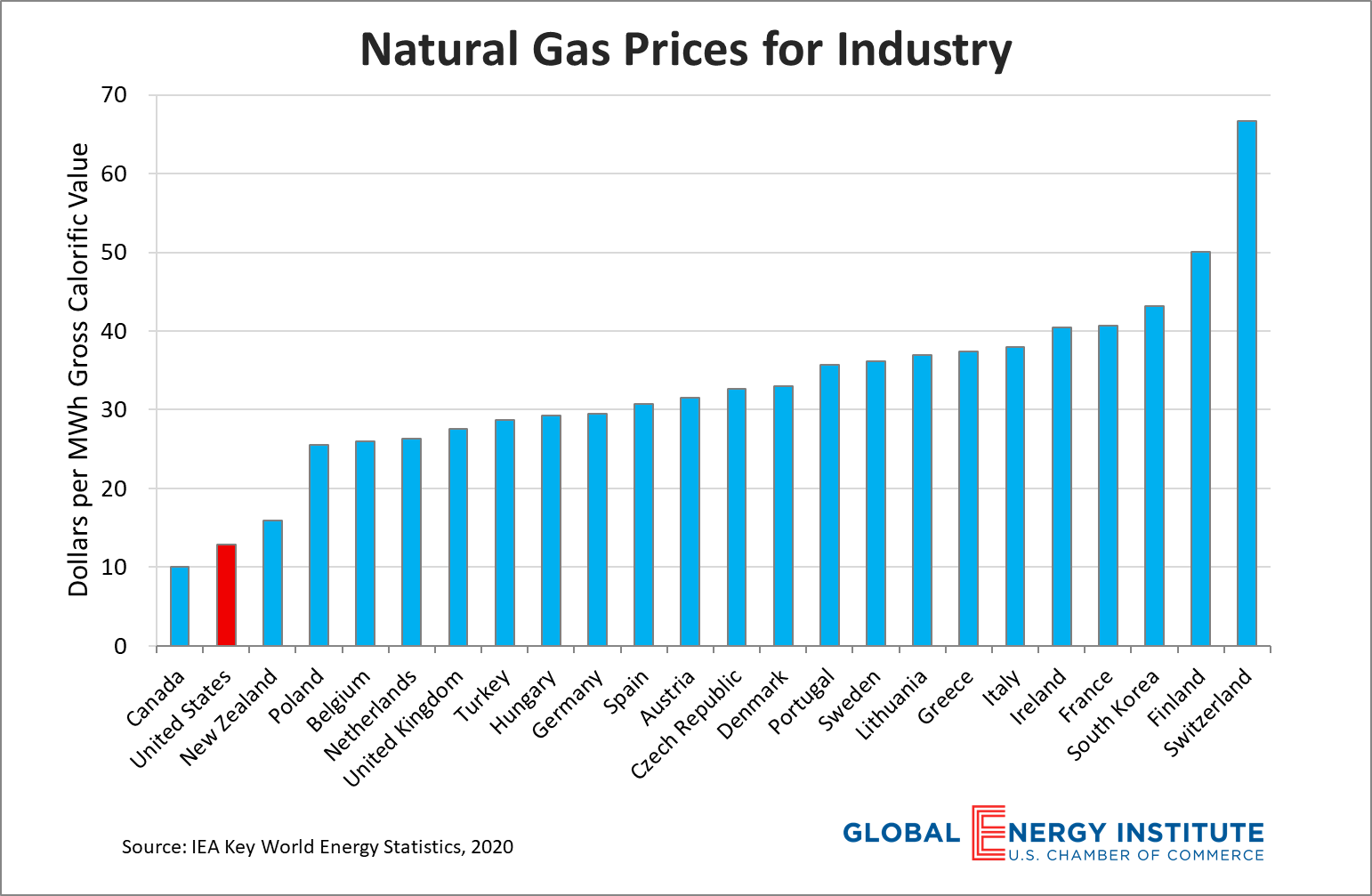 Industrial competitiveness. As a primary feedstock and power source for a wide range of energy intensive industrial activities, natural gas is an important factor impacting the health of the U.S. manufacturing sector. Here too, our advantages are enormous, with the most recent international data showing overseas competitors generally paying double and sometimes triple the prices for natural gas paid by businesses in the U.S.

The U.S. continues to lead the world in #energy production—an honor that boasts high-paying jobs in the energy sector, more money in consumer’s pockets thanks to lower prices, an improved balance of trade thanks to record-high energy #exports, and more.