Hurricane season is far from over. Category 4 Hurricane Michael is poised to make landfall on the Florida panhandle today, accompanied by 100mph winds and a massive storm surge. According to reports, Michael will be the strongest hurricane to ever come ashore along the Florida Panhandle in records dating to 1851.

Late Tuesday, President Trump approved an emergency declaration for Florida and authorized DHS and FEMA to coordinate all disaster relief efforts. As the storm progresses, GEI will update readers on regional energy capacity, outages, and aggregate industry updates. Additionally, the Chamber Foundation has resources for businesses that walk you through how to prepare your business for a natural disaster. 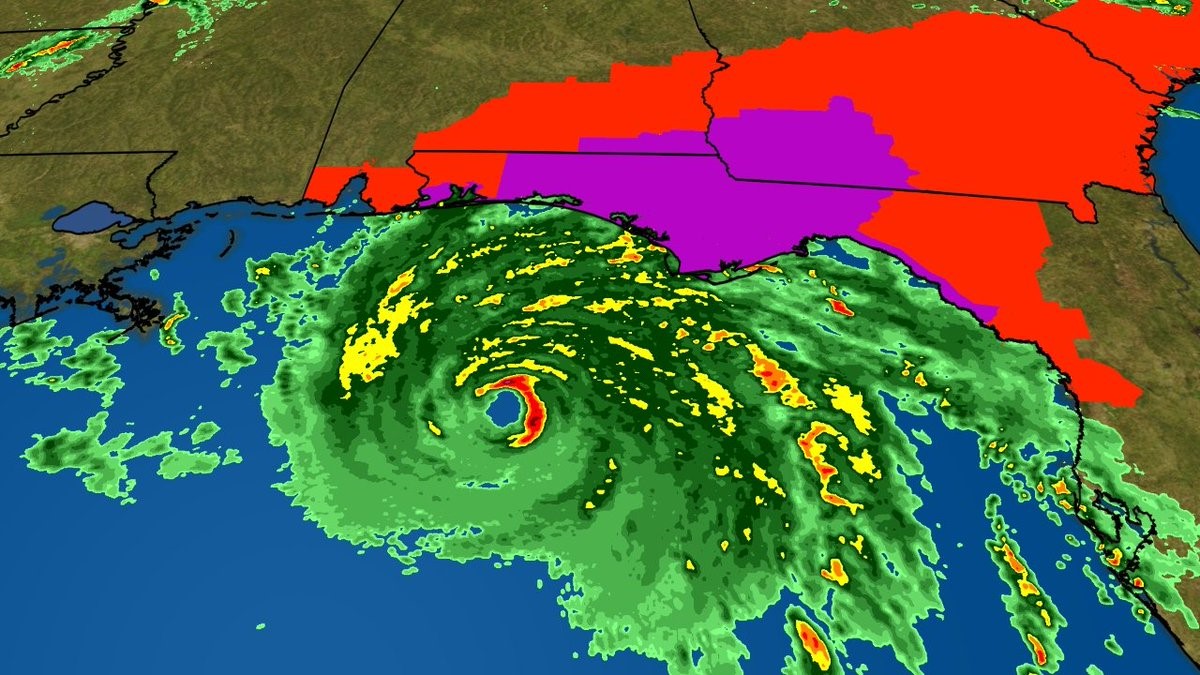 For the Lower Atlantic Region (WV, VA, NC, SC, GA, and FL) had 28.1 million barrels of total gasoline stocks, according to the Energy Information Administration. This is 9% higher than the 5-year average for this time of year.

As of 2:00 AM October 15, 6.0% of Florida gas stations (including 38% of Florida Panhandle stations), 3.7% of Georgia gas stations, and 2.8% of Alabama gas stations were reported out of service due to lack of fuel and/or power. Not all stations have been updated following the storm.

Duke Energy has mobilized more than 7,000 personnel, prepared to work around the clock to restore customers' power. Crews from Duke Energy's Indiana, Ohio and Kentucky operations will assist – as will workers from other utility companies based in Mississippi, Alabama, Louisiana, Illinois, Texas and Missouri. Restoring power after a storm can be extremely challenging for repair crews, as travel and work conditions can be impacted by high winds and widespread flooding – making repair work lengthy and difficult.

Every electric company follows a detailed plan for restoring power after a storm. While customers may not see electric company personnel in their neighborhoods, the energy grid is heavily interconnected, and crews are working throughout the system to bring power back on quickly and safely. Some customers may not be able to receive electricity even after it's restored to their neighborhood because of damage to their homes.

Colonial Pipeline said Thursday it was maintaining normal operations except for Line 17, which lost power, leading to a fall in refined product deliveries to some parts of southern Georgia.

Oil producers, including Chevron and BP, began returning crews today to offshore facilities in the U.S. Gulf of Mexico that were evacuated prior to Hurricane Michael, Reuters reports. Restarting production can take several days however, and producers lost 1.7 million barrels of oil through Wednesday — a figure that is expected to rise.

Utilities across the impacted area pre-staged crews, equipment, and materials and mutual assistance networks have been activated, with over 30,000 personnel positioned to support restoration efforts. Duke Energy reports nearly 6,000 workers including power line technicians, damage assessors and tree specialists are ready to respond to the storm’s impact in the Carolinas.

Colonial's two main pipelines -- the 1.37 million b/d gasoline line and the 1.16 million b/d distillate line -- were "not in the line of the storm," Colonial said in a statement Wednesday.

S&P Global Platts Analytics has estimated, based on the experience with 2016's Hurricane Irma, that average load in the Southeast would drop by a range of 20% to 30% because of Michael's arrival.

The industry's mutual assistance network also is activated. So far, investor-owned electric companies, public power utilities, and electric cooperatives in the expected path of Michael have mobilized more than 30,000 workers from at least 24 states to restore power. This workforce includes company personnel, contractors, and mutual assistance workers. Additional electric companies outside of the storm zone continue to monitor and assess the situation and are ready to provide assistance.

The CEO-led Electricity Subsector Coordinating Council (ESCC) is engaged to ensure unity of effort and unity of message across the highest levels of industry and government. We appreciate the ongoing leadership from the Department of Energy, Department of Homeland Security, and FEMA in helping to coordinate the industry's response to Hurricane Michael.

As of late Monday morning, 324,190 b/d of Gulf of Mexico oil production had been shut in, 19% of total output, according to the US Bureau of Safety and Environmental Enforcement.

Roughly 3 million people are in Michael’s projected path, we will keep readers updated on outages when information becomes available.

According to reports, multiple companies have taken the comprehensive steps in preparation for Michael’s landfall.

ExxonMobil has removed crews from its Lena Platform, which is undergoing decommissioning, per spokeswoman Julie King.

Chevron evacuated crews and shut in production at its two US Gulf platforms, Blind Faith and Petronius.

Anadarko shut in production and removed all personnel at its Horn Mountain and Marlin platforms.

BHP Billiton is "ramping down and shutting in" its Shenzi and Neptune platforms. Evacuation of both platforms has been completed.