“The U.S. energy industry has been among the most innovative sectors of the economy, and will continue to make America cleaner and stronger.  Energy companies are investing in innovation and technology which is making our air cleaner even while our economy and energy security are increasing.  Our American Energy: Cleaner, Stronger agenda presents a realistic alternative to addressing energy and environmental issues that has broad bipartisan public support.”

As we celebrate Earth Day, we are taking a closer look at the foundations of the “Cleaner” aspect of our effort—the specific “hows” and “whats” of U.S. air quality progress, which is perhaps best described by an organization of state officials as “The Greatest Story Seldom Told.”

In many ways, GEI’s agenda is rooted in an effort to amplify and address Americans’ priorities as they relate to energy, the environment, climate change, and the quality of the air that they breathe. Our own polling shows that voters support a “cleaner, stronger” agenda that uses more American energy and continues environmental progress, and does so through investments in innovation and technology. This contrasts with an approach driven by massive regulatory interventions such as those called for in the Green New Deal. In short, voters care deeply about environmental progress, but strongly prefer an innovation-driven focus as the best way to get there.

As part of our efforts, GEI will also be addressing the troubling disconnect between Americans’ perceptions of the state of the environment and its actual quality. In March, Gallup released its annual survey of Americans’ views on a number of environmental issues. The findings show that an incredible 64% of Americans believe that the quality of the environment in the U.S. is getting worse—a 7% increase from just two years ago. With respect to air quality specifically, 74% of Americans say they worry about air pollution either a great deal or a fair amount. While this figure is 4 percentage points lower than in 2017, it is still incredibly high.

With that in mind, let’s take a closer, sector-by-sector look at some of the important progress that those 74% of Americans are likely unaware of:

The electric power sector is leading the way in emissions reductions, and has a great story to tell. Consider:

On the topic of transportation, there are more than 260 million registered vehicles in the United States, many of which sit in daily traffic jams in urban areas around the country. We’ve all been stuck in traffic like this, but most of the time we don’t think twice about rolling the windows down when the weather is nice. It hasn’t always been this way, but decades of research and collaboration between industry and all levels of government have contributed to steady U.S. air quality improvements resulting from the development and widespread use of advanced powertrains, sensors, and emissions control technologies. For example:

The contributions of America’s industrial sector to air quality improvements are often overlooked, but they shouldn’t be.

It is no secret that American energy production is stronger than ever. But did you know that the methane emissions intensity from that production has been reduced dramatically?

Add these success stories up sector by sector, and it should come as no surprise that economy-wide progress on air quality tracks them very closely. As EPA highlights in its annual State of the Air report and in the striking chart below, since 1970 the U.S. economy has grown by 262%, and population has grown by 59%, while nearly all pollutants of concern have fallen substantially (here is the same chart with a 1980 baseline). While greenhouse gas emissions are the exception to this rule, first rising modestly over this time period, they have fallen 13% since 2005.

These successes are the result of collaborative efforts among states, localities, and the federal government, working together with industry, to develop and incorporate cleaner technologies without which these air quality improvements could not have been possible. Recent history is proof that a clean, healthy environment and economic growth are not mutually exclusive, and ultimately, this is the essence of America’s “Cleaner, Stronger” energy economy.

If you’re wondering how this progress compares internationally, or how it translates at the local level, look no further. Below we have compiled illustrative data from EPA’s air quality statistics database comparing ambient outdoor pollutant concentration in the U.S. and its major metropolitan areas to other countries and cities around the world, as well as charts illustrating progress at major U.S. cities.

This is not to suggest that our work is done—there is still important progress that needs to be made—but this Earth Day, let’s take a moment to celebrate just how much environmental progress we’ve made.  And should Gallup call you for its next survey of public views on environmental progress, keep the “Greatest Story Seldom Told” top of mind! 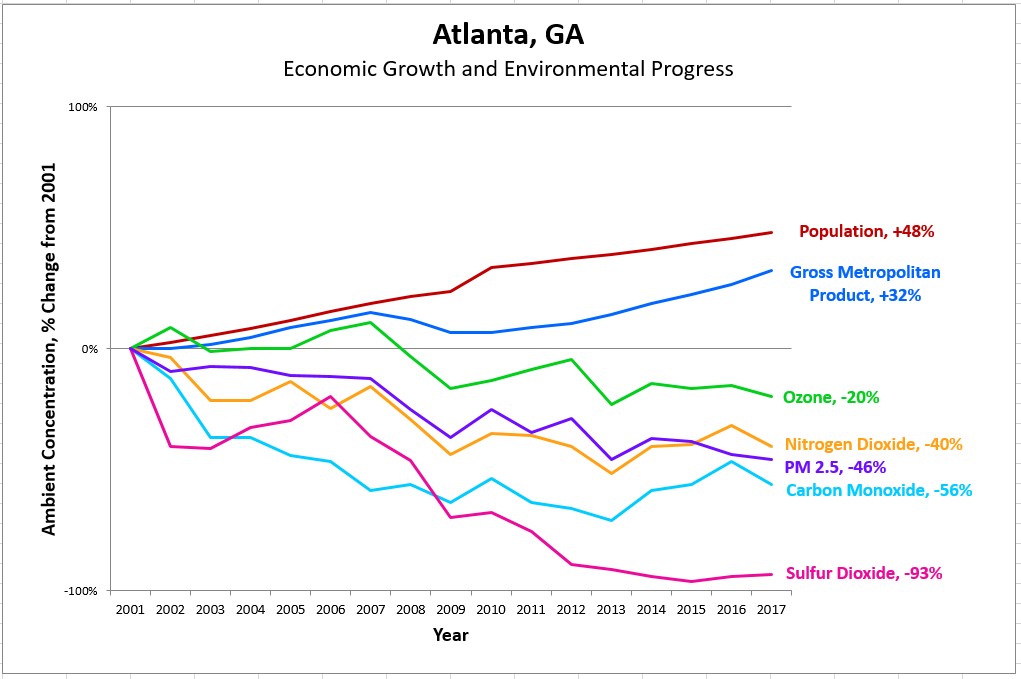 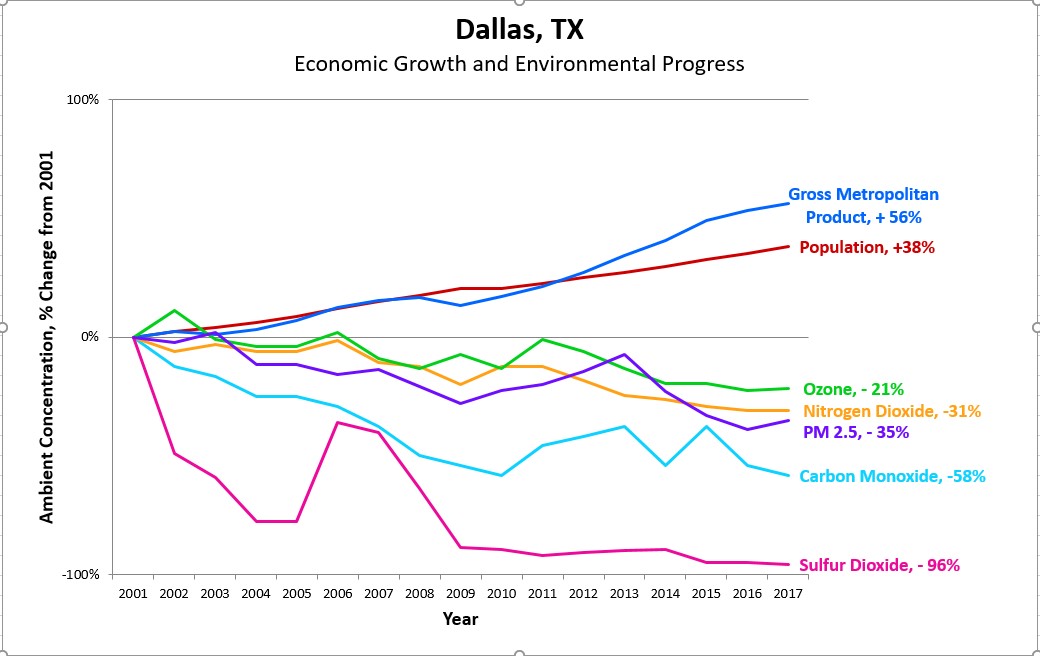 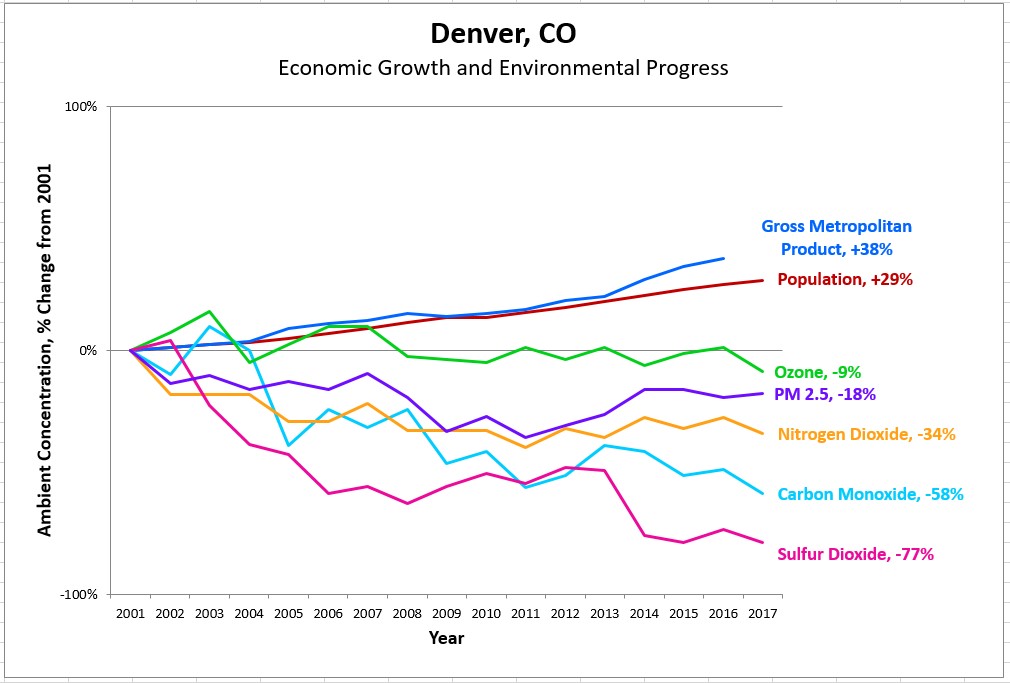 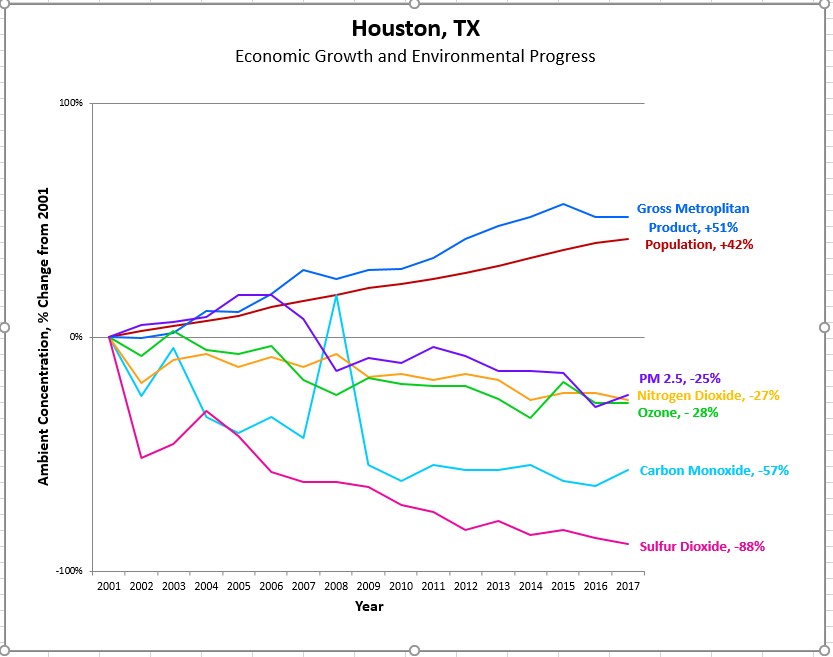 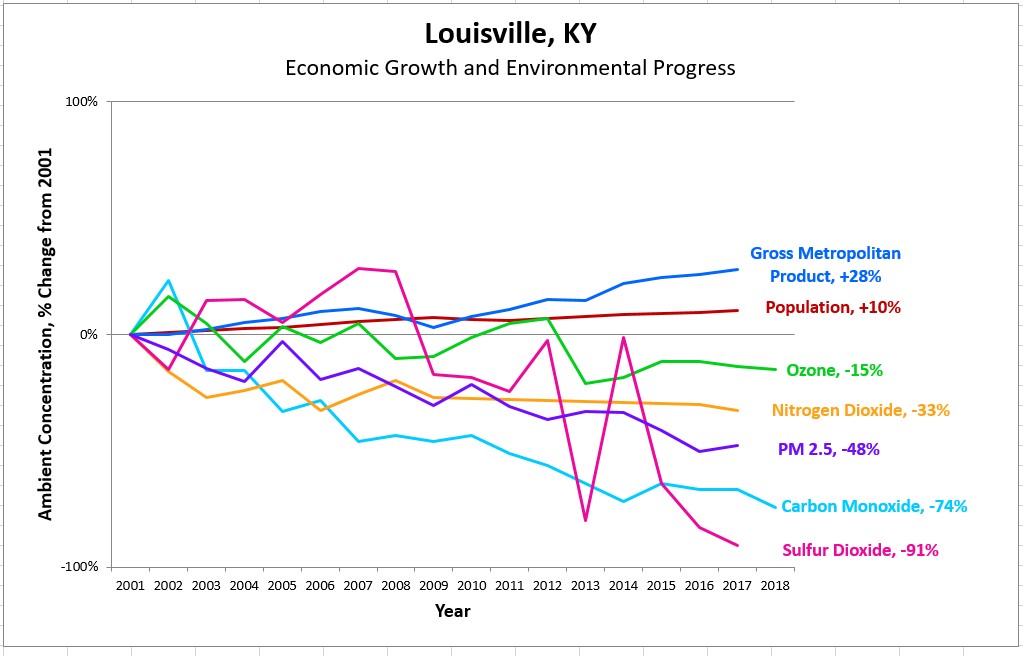 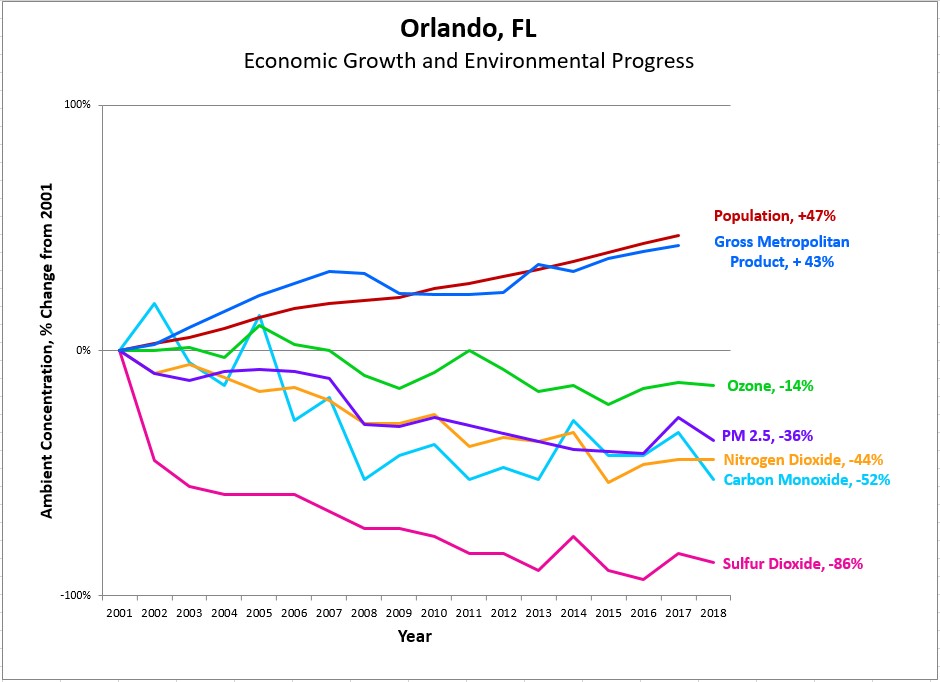 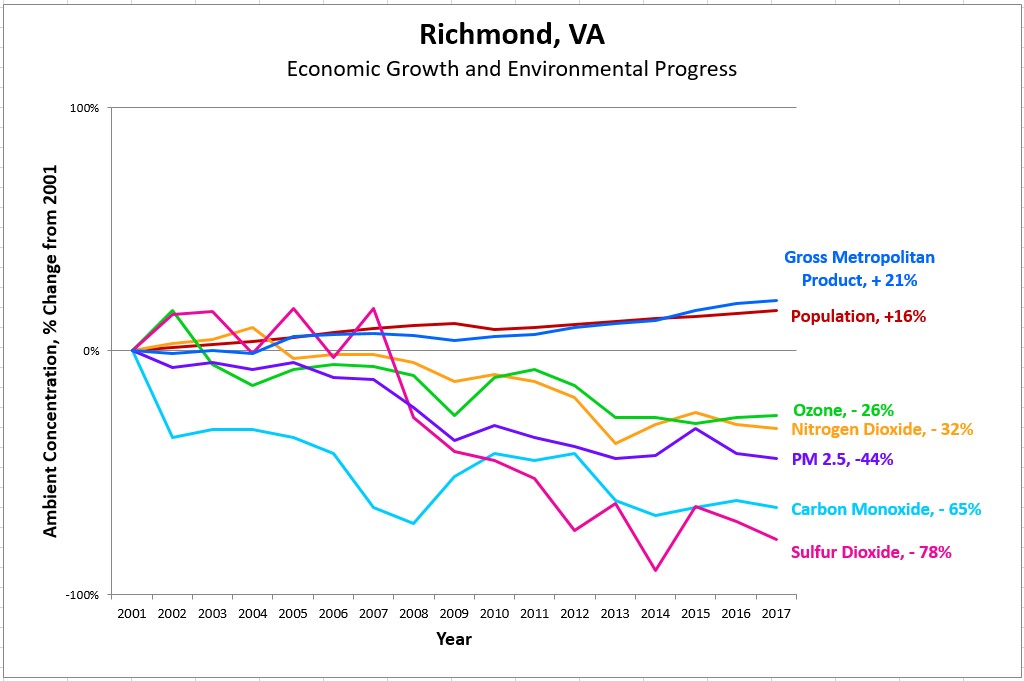 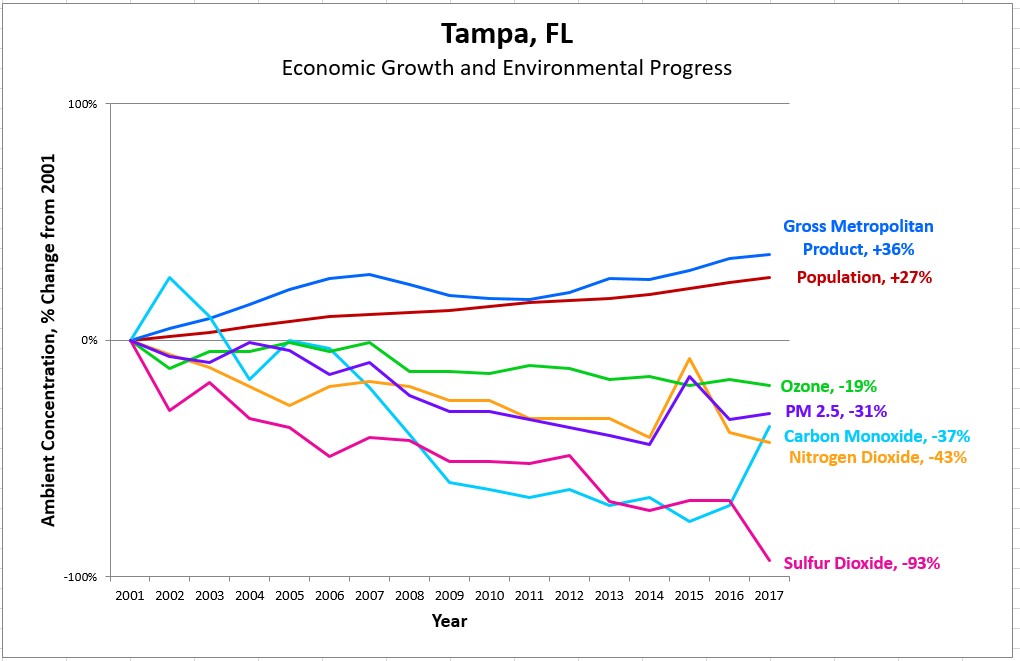 New Blog: An #EarthDay Look at the “Greatest Story Seldom Told” about US #air quality