Ever notice that when bad things happen to industries regulated by EPA, it’s always somebody else’s fault?

I can't find one single bit of evidence that we have destroyed an industry or significantly impacted jobs other than in a positive way . . . there are challenges in those [coal] communities, without question, but the vast majority of that is related directly to the market shift [to natural gas], not to EPA regulation.

Clearly the administrator just hasn’t looked hard enough. Sure, competition from inexpensive natural gas—the next fuel on EPA’s hit list—has taken a bite out of coal demand, but EPA hasn’t been an innocent bystander, and its impact on jobs certainly hasn’t been positive.

Take EPA’s Mercury and Air Toxics (MATS) rule, the one the U.S. Supreme Court found to be in violation of the Clean Air Act (a ruling all but ignored by EPA, by the way). The Department of Energy’s Energy Information Administration (EIA) recently noted how low-cost natural gas has lowered coal’s share of electricity generation, but it also added this about the impact of EPA’s MATS requirements:

About 30% of the coal capacity that retired in 2015 occurred in April, which is when the U.S. Environmental Protection Agency's Mercury and Air Toxics Standards (MATS) rule went into effect. Some coal plants applied for and received one-year extensions, meaning that many of the coal retirements expected in 2016 will likely also occur in April. Several plants have received additional one-year extensions beyond April 2016 based on their role in ensuring regional system reliability.

Sounds like T.S. Eliot was on to something. For coal, April really is the cruelest month.

But the damage will go beyond MATS. Earlier this week, EIA issued its long-awaited Annual Energy Outlook 2016 (AEO2016), which has an energy forecast model run that includes EPA’s Clean Power Plan (CPP) and one that does not (No CPP).

We’re going to be taking some deep dives into this EIA analysis of the CPP, but for this post we’ll just stick with the impact CPP will have on the coal industry and American jobs, two things the EPA administrator says her agency’s new rule won’t harm.

Put another way, EIA projects that coal demand in 2030 would be 29% lower in the CPP case versus the No CPP case. Technically that may not amount destroying an industry, but its close enough for government work. 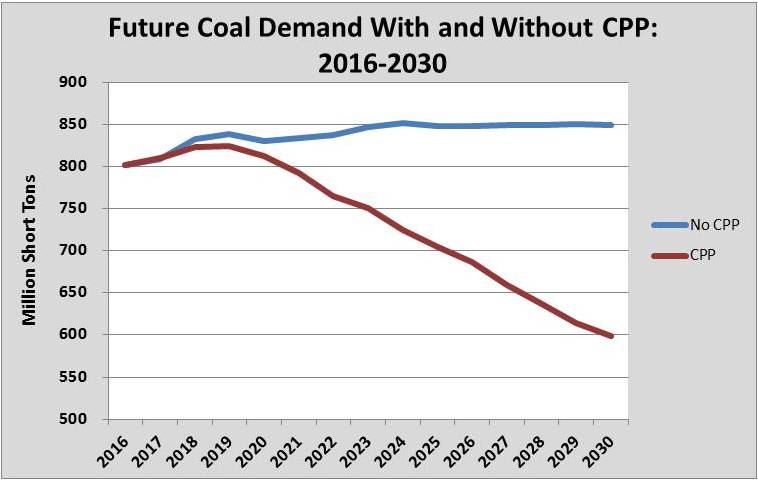 Now let’s look at the point Administrator McCarthy’s made about employment. As the second chart shows, CPP will have a big impact on jobs over the 2022 through 2030 compliance period. After an initial bump, EIA forecasts that under CPP there would be about 375,000 fewer non-farm jobs in 2030 compared to the No CPP case.

So let’s give the administrator some credit here. CPP will impact jobs “in a positive way.” Positively dreadful.

As you ponder these results, keep in mind that EIA was established as an independent agency to provide unbiased and policy neutral energy data and forecasts. Unlike EPA, it doesn’t have a dog in the regulatory hunt. We here at the Energy Institute have long criticized the fuzzy math, faulty assumptions, and heavy spin employed by EPA to promote its agenda, and EIA’s latest work should only further expose EPA’s spin for what it is—spin.

In the coming weeks, we’ll be looking more closely into EIA’s AEO2016 and letting you know what we find out. But if what we’ve reported above is any indication of what EIA’s analysis shows, we have feeling EPA isn’t going to like it. 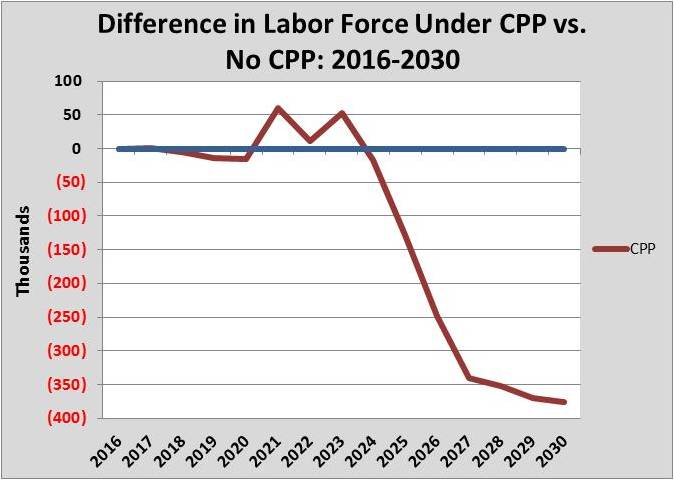